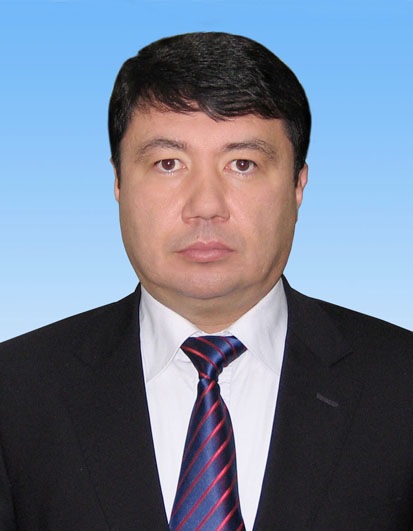 Head of the Department "Information Technology"

In 1969 years for the organisation of educational process  there were used mechanical and elektronic-mechanical computers. In 1969 there was used the first electronic computer "World", and in 1972 the department was given COMPUTER "Minsk-32". The computer center was organized under the department. That year it was entered for the program the discipline «Computer facilities of economic calculations and Engineering». In 1972 there were organized classes of the "Spark" type COMPUTERS.  In 1980 COMPUTERS of "EU-1022" were used at the educational institutions. The first head of the department of "Calculating mathematics" was docent  К.Konusbekov. In 1972-1980 it was headed by docent А.Habirov.  In 1980-1994 by professor A.Gafurov. By the idea of the academician of Academy of Sciences V.Kabulov there was organized a department of «Models and mathematical methods of calculating in Engineering». In 1992-2011 the department was leaded by doctor of technical sciences, professor H.Eshmatov.  From 2011 to 2017 - a candidate of technical sciences, docent С.Mirzaev. Since 2017 it has been headed by docent Z.Abdullaev. In 1994 as a result of joining two departments there was organized a new department of «Calculating mathematics and mathematical modeling». And the head of the department was  professor K. Eshmatov. In 1988-2002 there were invited the academician V.Kabulov. He helped to improve the scientific and methodical works on the informative technologies and mathematical methods of agriculture and water management sphere. In 2001 the name of the department was changed on «Computer science and information technologies» and in 2004 - to «Information technologies». Together with the abovementioned leaders there were some active teachers which helped to develop the teaching process. For example: professor G.Shodmonova, docents as Z.Landsman, G.Popov, D.Mirzarahimova, N.Мuhammedov, M.Musamuhamedov, K.Jamolov, N.Shamsitdinov, Z.Saidmurodov, S.Nasretdinova, M.Yusupov, S.Bobanazarov, Y.Eshqobilov, K.Karimova, D.Hodjaev, B.Eshmatov, senior teachers as M. Hodiev, Z.Kurbonaliev, G.Rakhmonova, R. Jukova, I.Ahmerov, S. Aynakulov assistant teachers as K.Togaev, K.Usmonov, S.Ziyaeva, S.Mavlonov, G.Abdumalikova. U.Nasriddinova, A.Mamatqulova. Today  there are being used modern computer technics and Internet of the institute. The main task of the department is to teach students for building mathematical models in speciality, methods and means of getting information, bases of network, using of modern information technologies and systems in agriculture and water management spheres The manual «Innovative ideas of youth» was prepared by teachers of the department and in 2013 it took  the 1st place in the contest of «The best author of the book». In 2014 an assistant teacher of the department U.Nasriddinov participated at the contest of «Innovative ideas of youth» and got a diplome of 2nd  degree. In 2015 a docent of the department G. Shodmonov was a winner of the contest  «The best pedagogue of the higher education» of the Ministry of higher and secondary education of the Republic of Uzbekistan.